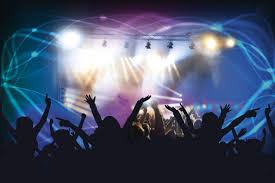 Types of People at Black Parties

I’m not even gonna lie to you, this year’s parties have been slacking. Maybe I’m just old, my freshman class popped out every weekend and turned the FUCK up last year. But as I look back on every party I went to, I noticed the same types of people. So let’s set the scene.

Your friends convince you to go out and you all just finished getting ready while pregaming to some of your favorite Beyonce and Rihanna songs. The walk to the party is a bit long but worth it once you get there.

So you enter the pretty packed party and grab a red solo cup to fill with wop. As you scan the room for the friends you just lost in the crowd, you see a particular group that sticks out among the melanated room. It’s a group of white girls that find their way to every predominantly Black party. But the problem isn’t their whiteness right now. It’s the fact that they are taking up valuable dancing space. In a hot crowded room, space is a blessing. But they decide to grab their red cups, sip and socialize rather than dance and sing like the rest of us. Sometimes they whip out a phone and use the flash to take a picture, failing to realize that their powdery and badly matched foundation is showing. Don’t get me started on the unspoken white girl party “uniform”. It consists of a black top, usually cropped, bottoms ranging from jeans to shorts, and old, dirty white converse. Tell me I’m wrong!! They never dance, end up getting overly drunk and offending every Black person in the party with non-consensual grabs, trips and touches.

After you find a space not overrun with white girls, you notice a person who is lowkey battling something internally because they get blackout drunk at every function. They throw up, fall, laugh and slur their words all night long, if they even make it to the end of the party. Honestly, it’s not safe for anyone because if they catch the right one on the wrong night, something is getting throwed and it will be hands, not drinks.

You start loosening up and dance a little bit but you notice some slightly shady character in the back. This person is normally a guy who tries to lure a girl into dancing with him by slowly making his way closer and closer. His only goal is seeing if he can convince her to go home with him. This guy is normally ugly (no offense) and kinda slimy by the way he approaches girls. You are not Michael Jackson or Chris Brown! She will not fall in love with you just by dancing with you. Find someone who is interested and if no one is interested, take your “L” with you and go to sleep.

After dancing for a while, you notice a large crowd of guys (normally with backpacks on) in the center of the room. Your breathing begins to weaken as your throat burns from inhaling marijuana.  These are the people who can’t function without their blunts. They always smoke out the parties. Sometimes, the party gets shut down because these people can’t listen to instructions and that is why they aren’t in school now. They make large circles in the parties, dropping blunts and lighters all over the place. Honestly, they already came to the party high, drank a bit and are trying to get even more faded. And there is always a much older guy in the crew for some reason. Like, shouldn’t you be out with people your age or like not hanging out with barely-adults? But that’s none of my business. 🍵

You get tired and want to check your phone because you are a millenial. You see a person with the straightest face you’ve ever seen. I have witnessed and been the person in a corner or on a wall simply standing, trying to drown out the party by being immersed in their phone. This person is only here because their friends made them come out or because they peeped some tea that they can’t tell anyone about and are in a sour mood the rest of the night. They don’t take snaps; they don’t get turnt to any song. They simply stand and scroll. Even when people try to approach them, they lift only their eyes from their screen and the eyes alone scream, “Get away from me”.

After you get away from Oscar the Grouch, a party favorite is playing and you notice everyone cheering on some specific people. They find space and hit their marks and either make it on everyone’s Snapchat or no one’s Snapchat, no inbetween. They aren’t greeks who stroll. They aren’t a part of a scholarship program that has their own dance. They aren’t from a city who created the dance. This group is simply aspiring back up dancers. There isn’t much wrong with this group but it’s fun to see the different dancers and non-dancers who insist on performing at every party. Free entertainment I guess.

The next song that plays is “Back That Azz Up” by Juvenile and the cheering doesn’t stop. You see a few girls and even a guy or two on a partner or the air fucking it up. I have friends in this category and it’s honestly the best time ever. These people are the twerk stars who lowkey should have been on the original Twerk Team. They wow the crowds at every party with a signature twerking move, whether that be a floor twerk, a split twerk, wall twerk, or simply twerking on a guy on expert level. These stars always end up on every single person’s snapchat the next day. And there is always the supportive girls in the back screaming “Ayy” , “Get that Sh*t”, “F*ck it up” , “OKAY”, and “That’s my B*itch”.  This is a united time among everyone in the party because we just want to support one another in this oppressive world. As usual, twerking fixes everything.

As the party is winding down, they play a few more bops. Then late arrivers come to burst your eardrum. The last type of people is the loud voiced rappers who override every other voice in the party. How they do this? I have no idea. Their favorite songs like “Faneto”, “Swag Surfin”, “Bounce Back”, “Bank Account”, “X”, “God’s Plan” and “Big Bank” make you regret standing in the middle of the party because they grab anyone near them, start jumping and screaming at the top of their lungs. I cannot even listen to some of these because I associate it with their heavy, off-tuned voices and I’m scarred for life.

All in all, Black parties are my ideal party environment and usually bring a sense of community in an unexpected way. We unite over trap songs and pop songs and enjoy each other’s company, weed and alcohol. I normally enjoy my time despite some of these slight annoyances.

The Madison Police Department is not fully equipped to handle mental health emergencies and progress must be made to create and enforce a mental health emergency response Taskforce. (Opinion)
Capturing the Culture is finally here!
Here are some BTS moments from our cover shoot!
We did it Joe!
When will we know peace? When will we be able to be Black without dying because of it?
Why do Black Journalists Matter to you?
%d bloggers like this: