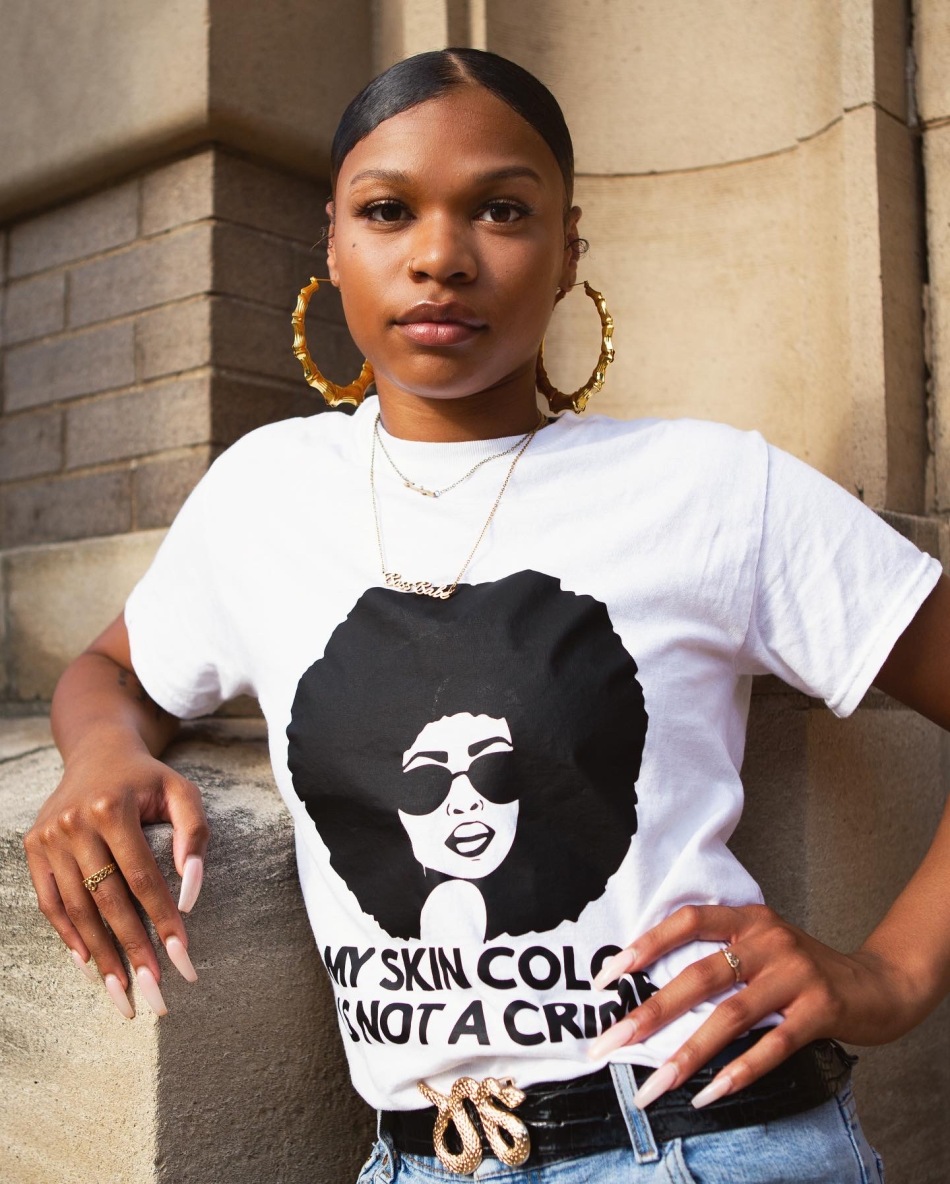 Nalah McWhorter is the new incoming president of UW’s Black Student Union for the 2020-2021 school year and she is determined to leave her mark.

A rising junior from Racine, WI studying Marketing Entrepreneurship, McWhorter’s passion for social justice issues, activism, and uplifting the Black community are explicit in the initiatives she is bringing to BSU like demanding more for Black students on campus.

“I hope that I am really able to make change. That’s my biggest thing, is that people always talk about making change but I actually want to do it,” she said.

The senseless deaths of multiple Black bodies without any justice occured this summer which led to heightened tension and emotions on campus and around the country. UW-Madison’s Chancellor Blank released a statement addressed to the campus community discussing racial inequalities and how she has vowed to better diversity and inclusion on UW’s campus.

In her statement, Chancellor Blank named numerous initiatives that she has had in place as well as programs she plans to implement to better these issues. Some of those initiatives include: increasing diversity through recruitment and enrollment, mandatory diversity trainings for all new undergraduate students, and adjusting policies that disportionately affect marginalized groups among other things.

McWhorter has no problem expressing her opinions on the Chancellor’s frankness in her statement.

“It absolutely was not a sincere message. It was a place holder and something so that she didn’t receive any backlash,” she said.

As the BSU president, McWhorter sat down with Chancellor Blank this summer and brought some issues to Blank’s attention with one of the bigger ones being the removal of the Abraham Lincoln statue, which is a controversial topic since he had actions harmful to the Black and Indigenous communities.

If the administration is not actually sitting down with students, McWhorter believes that there’s no reason to believe they know what students need and want.

As a Black student on a predominantly white institution, McWhorter does not think she is asking the university for too much. She wants to be heard and for actual action to be taken.

“UW-Madison has a long way to go and there hasn’t been a lot of progress but the progress that is being made, is being made by Black students and I don’t think the burden should be on us to fight a race war. It should be on UW-Madison’s shoulders,” she said.

2020 has been nothing short of polarizing. It is a presidential election year and tensions are running high. After Donald Trump’s victory in the 2016 Presidential election, UW-Madison saw numerous racist incidents and a hostile environment such as students writing racial slurs on school property and the mimicking of Trump having a noose around Obama’s head at a football game at Camp Randall Stadium. McWhorter is wary of what the campus will look like if Trump is re-elected this fall.

“Not only are we still going through a pandemic but it’s an election year. I wasn’t on campus back in 2016 but I’ve heard stories of the climate and of the aura in the air and I’m scared,” she said.

Returning to campus for the fall semester, McWhorter is motivated to make sure she is not silenced and to make a difference, not only for herself, but for others around her.

She is not going to let anything get in her way.